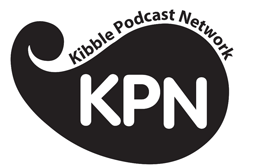 We are always excited to hear from our listeners, so if you have any feedback or suggestions please feel free to contact us via twitter or on the email address below.

In the short time I have been working at Kibble I have attended a number of conference each with a different feel, and already faces are becoming familiar. The events are always interesting, always dynamic and always replete with fascinating people.

In early November I attended the Senscot SE Conference and Ceilidh, and it is the first such event I have visited in Scotland since the launch of the Social Enterprise in Scotland Census 2015. Many people at the event were keen to talk about the results of the sense and how it demonstrates that this sector is growing at a rate which is larger than anyone had anticipated, and has more businesses than most people thought.

Whether or not this is what gave the conference the remarkable energy I felt, is unclear. Talking to grassroots organisations, having valuable discussions about the state of social enterprise and what we can do to increase its visibility and of course, the quasi-legendary Dragon’s Den (which was won by CORR) all combined to make for a cracking couple of days.

At the event I had some time to catch up with Daniel Rous from Tayport Community Trust. It was difficult to capture interviewees at this event, such was the pace of the day, but many of those who were there are keen to be on this podcast and will be interviewed at a much later date. For now though, I have this excellent chat with Daniel.

The difficult thing about being a podcaster at these conferences is that it’s extremely difficult to get people to sit down and chat. People are often catching up with old friends or engaged in deep conversation during the break times, and most venues are far too noisy to have a chat on the sidelines. Nevertheless, the feel of a conference does, in my experience, give these kinds of interviews a laser like focus which I think sometimes has a much greater advantage than the slightly longer format of the usual interviews.

I hope you enjoy the episode.

Podcast developer at Kibble. You’ll usually find me online tweeting about social enterprise, child and youth care or third sector issues, in the office huddled over a microphone, or at home listening to Prince. Always ask questions, learn new things and be positive.

Episode 3 – A Hatful of Questions

Social Enterprise
SEC27: Jacqui Taylor from Lifelink
Player not working? Try opening in new window.
Update Required To play the media you will need to either update your browser to a recent version or update your Flash plugin.
We use cookies to ensure that we give you the best experience on our website. If you continue to use this site we will assume that you are happy with it. More Information